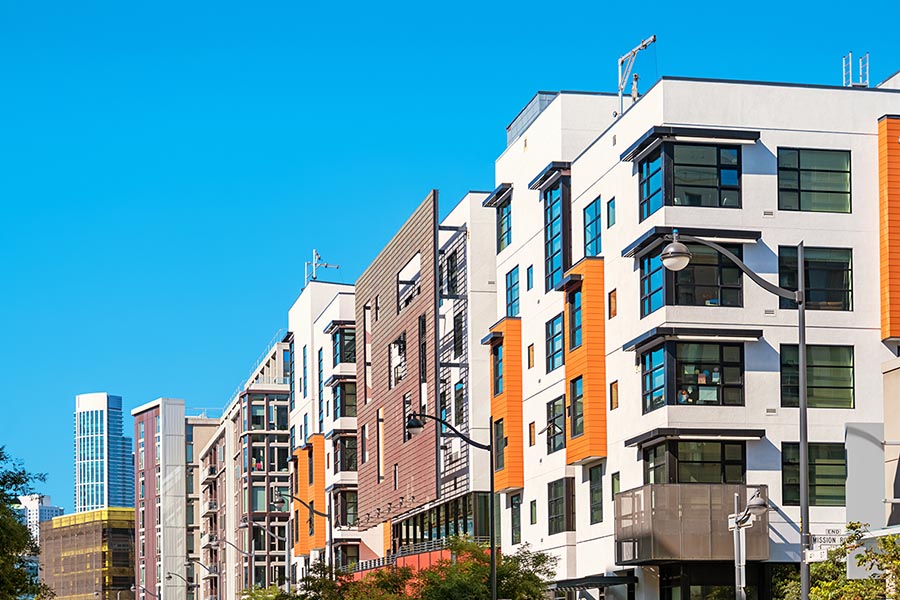 Proposition 10 is a statewide ballot initiative in the November 2018 election that aims to repeal the Costa-Hawkins Housing Act. While Proposition 10 has become a polarizing issue, it is critically important to understand what it does and does not do.

What is the Costa-Hawkins Rental Housing Act?

The Costa-Hawkins Rental Housing Act was passed by the California legislature in 1995 and places limits on municipal rent-control ordinances.

The act limits municipal laws in the following ways:

The major purposes of the Costa-Hawkins act are to eliminate vacancy control and thereby allow property owners to adjust the rent to market price and to exempt certain categories of rental units from rent control — new construction, single-family homes, and condominiums.

The act leaves the power to determine most other elements of rent control to the cities. Cities remain in control of determining any changes to the rental amount of a tenancy and possess a substantive jurisdiction to regulate evictions and an owner’s ability to otherwise end a tenancy. Accordingly, cities could prohibit an owner from terminating a tenant without “just cause.” Each California city has its own independently enacted rent-control ordinances, which vary widely.

What Would the Repeal of Costa-Hawkins Mean?

Advocates of expanding rent-control policies gathered enough votes to put a bill on the November 2018 ballot. Assembly Bill 1506, also called the Affordable Housing Act, calls for the repeal of Costa-Hawkins. If approved, in addition to repealing Costa-Hawkins, any subsequent amendments to the Affordable Housing Act would require a two-thirds majority vote by the state legislature. However, even if Proposition 10 passes, each city would need to go through the process of passing new legislation before the repeal would have any effect. At that point, it would be up to cities to decide if they want to expand their rent-control regulations or leave the current laws intact.

It is an undeniable fact that the cost of housing in major California metropolitan areas has grown far out of reach for many residents. The housing-cost burden has become the Achilles’ heel of California’s economic future. Proponents of rent control generally believe that price protections are the most effective ways to help tenants avoid displacement, which disproportionately affects seniors, lower-income tenants, and renters of color. Nevertheless, California’s affordability crisis is a direct result of an undersupply of housing built over the last decade.

According to a recent Department of Housing and Community Development (HCD) report, “California’s Housing Future: Challenges and Opportunities,” housing production has averaged less than 80,000 new homes annually over the last 10 years, and ongoing production continues to fall far below the projected need of 180,000 additional homes annually. With now an almost 2 million housing-unit deficit, there is a need for an additional 1.8 million units to be built by 2025 to meet the state’s projected population and household growth.

If these units are not built, housing will become even less affordable.

Nevertheless, as research on the impact of rent control across the state and the country has shown, expanding rent control will further exacerbate affordability by adding an additional disincentive to constructing new units and supply of rental units in the market. Specifically, research cited in a recent analysis from University of California, Berkeley shows that rent control reduces the supply of rental housing in the following ways:

For example, a recent study of San Francisco’s 1994 Proposition I, which extended the original rent-control ordinance to include smaller buildings of four units or less, found that these properties were 8 percent more likely to convert to owner-occupied housing. San Francisco consequently faced a notable loss in rental housing, as well as higher prices, due to reduced supply. The offsets amounted to $5 billion of welfare losses to all renters.

Similarly, in West Hollywood, rent control led to the loss of 764 units between 1986 to 2016, with only 10 percent returning to the market as new apartment units. In Santa Monica, out of 3,042 units withdrawn from the market between 1986 and 2017, only one-third were replaced with new rental units (and not necessarily rent-controlled ones). In fact, as a result of the Proposition 10 ballot initiative, some new multifamily projects across the state have already been placed on hold as developers face uncertainty over projects’ feasibility.

Furthermore, some Proposition 10 proponents have argued that the issue is about local government control and allowing jurisdictions that better understand their housing problems to deal with them. Nevertheless, while local jurisdictions are best informed about their own local imbalances — such as homelessness, displacement, and gentrification — a serious lack of local government willingness, and more importantly local residents, to allow low-to-moderate-income development projects has led to California’s 2017 Housing Package.

The package has several regulations that are specifically aimed at holding cities and counties accountable for addressing their housing needs. Over the years, communities have either adopted a noncompliant housing element or failed to submit their housing element to the HCD for timely review.

The package provides greater accountability by:

In addition, there are a number of chronic local government problems that are driving the current housing crisis, such as strong local community opposition; outdated zoning laws that limit residential density and land-use efficiency; caps on population, housing-growth, or building-height limits; onerous parking- or transportation-improvement requirements; and excessive design review, development fees, and the “fiscalization of land use,” which lead local jurisdictions to favor commercial growth as opposed to residential. Passing Proposition 10 in no way addresses any of these issues.

What are Proposed Alternatives for Tenant Protections?

The main objective going forward is to ensure meaningful protections to renters without constraining the supply of new housing. Without new housing supply, costs will become even more prohibitive, and rent controls will further incentivize property owners to remove their units from the market.

To that end, there have been numerous suggestions proposed by local and state leaders from real estate, finance, academic, public-policy, and government agencies.

Specifically, the Terner Center from University of California, Berkeley proposes that the state should adopt:

In addition, there is broad agreement among leaders that greater efforts should be placed on:

Lastly, in January 2018, state Senator Scott Wiener introduced Senate Bill 827 in an attempt to increase new high-density housing near transit. While the bill failed to clear its first policy committee in the Senate, the proposal would have considerably increased zoning densities near major transit stops. With some amendments, it could have been a large step in improving the current crisis.

If California cities such as Los Angeles and San Francisco want to compete on a global stage and remain economic and innovation powerhouses both in the U.S. and globally and ensure that children who are born here can remain to live here in the future, preserving Costa-Hawkins and refocusing attention on the above proposed alternatives will be more productive.