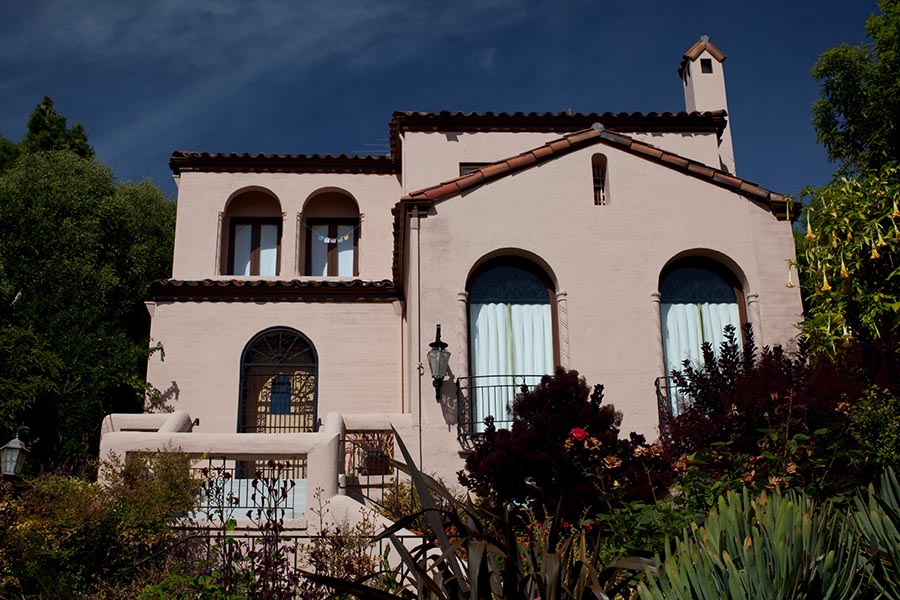 The first-quarter median sales price increased year over year in all Northern California regions in which Pacific Union operates except in Sonoma Valley, where prices relaxed slightly. Inventory mostly trended downward from the first quarter of 2017, though supply conditions in our Mid-Peninsula subregion were essentially flat.

Below, Pacific Union Chief Economist Selma Hepp offers a brief synopsis of first-quarter real estate activity in each of Pacific Union’s regions. The accompanying links lead to the full report for each area, where you can access the latest regional and community-specific market data and statistics to help you make a better, more informed homebuying or selling decision.

First-quarter real estate activity in our Contra Costa County region maintained its seasonal pattern. Home sales were slower when compared with the same period last year but primarily in lower-price segments, where continually declining inventory has left buyers with very few choices. However, sales of homes priced higher than $2 million accelerated in the first quarter compared with last year.

A lack of inventory and more home sales in higher-priced segments pushed median home prices up 3 percent year over year. Additionally, a lack of choices for homebuyers continued to drive buyer competition, and increasingly more properties generated multiple offers. Buyers are coming to Contra Costa County from the Peninsula, San Francisco, and Oakland in search of more affordable housing and excellent schools.

Looking Forward: With the arrival of spring, both buyers and sellers will take advantage of the traditionally busy real estate season. A lack of inventory, and especially affordable homes, should continue to push home prices higher. More buyers may also feel the need to enter the market before interest rates increase further.

The East Bay‘s housing market continued to maintain its strong momentum in the first quarter. While the number of sales in more affordable market segments lagged due to continually falling inventory, sales of homes priced above $1 million surged. Following Silicon Valley, the East Bay saw the second highest increase in sales of homes above $1 million.

Buyer competition led to even more homes selling over the asking price than at the same time last year. With most homes selling in less than 15 days, buyers bid up prices well above list. Buyers of higher-priced homes also faced stiff competition, with average premiums for all homes reaching almost 18 percent. Eight in 10 homes sold above the original price. Shrinking for-sale inventory was a challenge for buyers, especially given the East Bay’s desirability, relative affordability, and accessibility.

Looking Forward: As spring moves into full swing, we anticipate that more East Bay sellers will take advantage of the market and list their homes. This will provide some relief to buyers who have been frustrated with the low inventory conditions of the past few years. Strong demand for office space in the East Bay signals increased accessibility to employment and will add to the region’s desirability, further driving up buyer demand.

Marin County‘s housing market followed the typical seasonal pattern in the first quarter of 2018, with a slow January and February, then a jump in March. March sales, however, were constrained by a lack of homes for sale, which have been continually declining. Overall in the first quarter, there were about 16 percent more sales of homes priced at more than $1 million than during the same period last year.

Nevertheless, buyer eagerness amid low supply has translated into a strong increase in median home prices, and especially robust appreciation for homes priced below $1 million. Marin County continues to lure buyers from the Wine Country who may have been affected by the fall wildfires.

Looking Forward: While strong open-house traffic in March suggests that homebuyers in Marin County communities are eager to re-enter the market, a lack of homes sale may hold back sales during the spring season. Buyers do not seem yet to be affected by rising mortgage rates or the federal tax-reform package.

The Mid-Peninsula‘s real estate market saw prices increase by 11 percent from the same quarter last year. Some of the growth was driven by more sales of higher-priced homes, especially those priced above $2 million, which jumped by almost 70 percent from the same period last year. At the same time, sales of more affordable homes fell by almost 50 percent, as lower-priced inventory is disappearing at an incredible pace.

Nevertheless, while a lack of inventory has put considerable pressure on home prices, buyer competitiveness has not abated. Buyers are aggressively bidding for homes, and the share of homes selling over the asking price increased further, with about 8 in 10 homes fetching premiums that averaged 14 percent. The Mid-Peninsula and Silicon Valley markets are the most competitive housing markets in the Bay Area.

Looking Forward: Insufficient supply levels will remain the biggest concern going forward. At the same time, homebuyers do not seem to be concerned about rising mortgage rates or the impact of the tax-reform package. Still, volatility in the tech stock market may hold back some activity this spring.

Napa County‘s housing market activity in the first quarter of 2018 got off to a strong start. Both January and February sales jumped above activity during the same time last year yet pulled back in March, which was driven by slower sales of homes priced below $1 million. By contrast, higher-priced sales saw stronger activity this year when compared with last year’s first quarter.

The increase in price paid per square foot illustrates that more buyers are in the market and face greater competition. The share of homes that sold for more than asking price increased from the same period last year, with about 4 in 10 homes receiving premiums. A lack of homes for sale is an issue that is gaining ground in Napa County, with first-quarter inventory declining by about 6 percent year over year.

Looking Forward: The spring homebuying season should remain on par with last year, as more sellers list their homes and sunny spring days bring out more buyers. Inventory constraints are challenging and will impact home sales going forward. Nevertheless, rising interest rates and anticipation of additional increases in 2018 may trigger more Napa County buyers to enter the market sooner rather than later.

San Francisco‘s housing market got off to a strong start in the first quarter of 2018, with the largest increase in home sales activity among Bay Area regions. Sales were particularly solid for properties priced between $2 million and $3 million, both for single-family homes and for condominiums. Sales of condominiums exceeded last year’s first quarter across all price ranges.

A lack of inventory and strong buyer demand led home prices to soar once again. The median price for single-family homes increased by 25.5 percent from the first quarter of last year.

Competition among homebuyers remained strong and was in line with seasonal trends. Generally, buyers get more aggressive during the peak homebuying seasons, but in the first quarter they were willing to pay higher premiums. With the average single-family home selling for 16 percent above the asking price, San Francisco buyers paid the second-highest premiums in the region and more than they did during the same period last year.

Looking Forward: San Francisco’s steady job and income growth should continue to fuel demand for real estate in the city. While mortgage-rate increases have not yet deterred buyers, future anticipation of hikes may attract some who have been sitting on the fence.

The high end of the housing market got off to an incredibly strong start in Silicon Valley during the first quarter, with sales of homes priced above $3 million surging by more than 70 percent when compared with last year’s first quarter. Homes priced below $1 million declined at a rapid pace, but all other price segments showed strength.

At the same time, the region lost inventory at a faster rate than any other Bay Area region, leaving buyers with fewer options and stiffer competition. As a result, home prices surged in the first quarter with the median price jumping by nearly 20 percent year over year. Silicon Valley saw the second strongest median price growth in the Bay Area, behind San Francisco.

Looking Forward: While a strong beginning to the year suggests another healthy spring season, inventory shortages will constrain sales and drive home prices higher. And while rising mortgage rates, tax reform, or volatility in the tech stock market have not shown any impacts on buyers, these factors could eventually lead to a pause in activity.

Housing markets in Sonoma County in the first quarter of 2018 remained focused on rebuilding from the October wildfires. With a lack of inventory already constraining the region, Sonoma County’s buyer pool has further expanded due to fire victims. Both dynamics pushed home prices higher, especially for those priced at less than $1 million, where median prices in the first quarter jumped by 13 percent from the same period last year. Increased buyer competition is also evident in more homes selling for premiums, especially those priced below $2 million, more than half of which sold for above asking price.

The number of lots for sale has also increased since the wildfires, generally among fire victims who either do not have the will to rebuild or were underinsured given the cost of materials and labor. Nevertheless, while not without challenges, new homes are slowly being built, offering residents reasons for hope and encompassing interesting and innovative designs and concepts.

Looking Forward: While low inventory of affordable homes will pose a challenge for the busy upcoming spring real estate season, strong buyer demand will continue to push prices higher. Anticipation of further interest-rate increases will also attract some buyers to the market.

The first quarter in Sonoma Valley began with very low inventory levels, which were 5 percent below the same time last year. Hence, fewer homes sold in the first quarter than during last year’s first quarter, and the drop was evident across all price ranges.

Low inventories were, however, accompanied by strong buyer demand, and the number of buyers far exceeded the number of available homes. The region  saw an uptick in multiple offers, more homes sold over the asking price, and there were more homes that sold off the Multiple Listing Service in all price ranges. While not all properties were snatched off the market, well-priced homes in good condition saw strong buyer demand. Sonoma Valley also continues to see increased activity from wildfire victims who lost their homes and do not have the finances, time, or emotional wherewithal to rebuild, yet do not want to leave the region.

Looking Forward: Inventory constraints may prove challenging for homebuyers in the second quarter, especially if anticipation over rising interest rates re-creates a sense of buyer urgency. But even with current buyer demand, a lack of inventory will continue pushing home prices higher.

The return of plentiful snow to the Sierra Nevada mountains brought visitors flocking to the Lake/Tahoe Truckee region in the first quarter and helped drive home sales, which remained consistent with typical seasonal trends. Sales of homes priced above $2 million continued to dominate the market, jumping by 164 percent over the same period last year. Despite the increase in higher-priced home sales activity, inventory has been declining over the last couple of quarters, and the first quarter ended about 24 percent below levels seen at the same time last year. The lack of inventory may be driving some urgency among buyers, and homes are selling faster than they did one year ago.

While bidding wars were not common, about one-quarter of homes priced between $1 million and $2 million sold over the asking price, a notable jump from last year.

Looking Forward: As the snow melts, we expect more homes to hit the market in the second quarter, giving buyers more options. Market conditions remain favorable for buyers who are looking for second homes, and anticipation over rising interest rates will help spur some activity as well. As Lake Tahoe’s real estate market depends heavily on second-home buyers from the Bay Area, volatility among tech stocks may cause some potential buyers to pause.