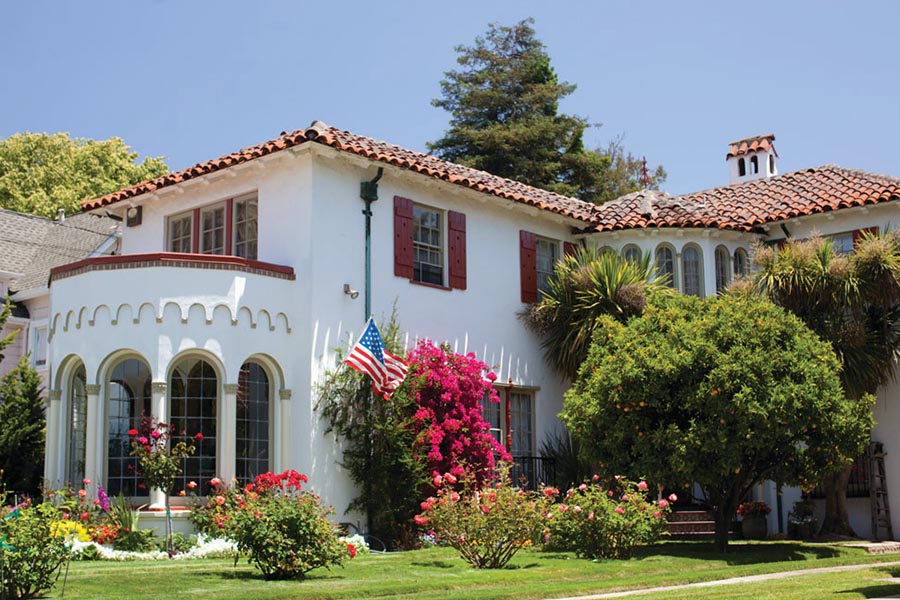 Below, Pacific Union Chief Economist Selma Hepp offers a brief synopsis of first-quarter real estate activity in each of Pacific Union’s regions. The accompanying links lead to the full report for each region, where you can access the latest regional and community-specific market data and statistics to help you make a better, more informed homebuying or selling decision.

Unlike in some other Bay Area communities, first-quarter real estate activity in our Contra Costa County region remained basically on par with the same period last year: Home sales started the year at a low point, then picked up in March.

Inventory dipped to a seasonal low and took a bit longer to build up than in the first quarter of last year. Nevertheless, with improved March weather, more buyers entered contracts and pushed home prices higher. Due to the lack of inventory, most properties continued to generate multiple offers, further driving price growth. Buyers came to Contra Costa County from more expensive areas in the Peninsula, San Francisco, and Oakland in search of more affordable housing and excellent schools.

Looking Forward: With the arrival of spring, inventory should improve, as sellers take advantage of this traditionally busy real estate season. Home prices will continue to rise thanks to improved incomes and interest rates that remain relatively low. More buyers may also feel the need to enter the market before interest rates increase further.

The East Bay housing market continued to be a bright spot in the Bay Area, with strong sales activity and price appreciation. Homebuyers were still eagerly looking for properties in the first quarter, and bidding wars remained prevalent, especially for homes priced under $1 million. The vast majority of homes below the seven-figure price point sold for above list price.

The early days of spring also brought relatively more homes to the market than in other Bay Area regions. And while the extra inventory was not nearly sufficient to satisfy demand, it helped boost buyer confidence. The East Bay’s relative affordability and accessibility are big pluses and continued to attract homebuyers, particularly young families.

Looking Forward: As spring arrives, we anticipate that more East Bay sellers will take advantage of the market and list their homes, providing some relief to buyers who have been frustrated with the low inventory conditions of the past few years. Strong demand for office space in the East Bay will further enhance the region’s desirability.

Marin County‘s housing market followed the typical seasonal pattern in the first quarter of 2017, with a slow January and February, mostly due to a lack of homes on the market but also to particularly rainy weather. As the rain eased in March, inventory and buyer interest improved.

Open houses were heavily visited in March, which suggests a promising start to the traditionally busy spring homebuying season. Buyers also became slightly more aggressive, and relatively more homes sold over the asking price than during the same period last year, and at a relatively faster pace. Demand was especially strong for homes priced between $2 million and $3 million.

Looking Forward: The notable increase in open-house traffic in March suggests that homebuyers in Marin County communities are eager to re-enter the market, although low inventory levels remain a concern.

Napa County‘s housing market activity in the first quarter of 2017 remained consistent with previous years’ trends: a slow January and February followed by increased activity in March. A particularly rainy beginning of the year delayed buyers and sellers, both of whom took longer than usual to enter the market. Slower market activity was also reflected in fewer bidding wars, which have cooled since the second half of last year.

The buyers that were in the market were persistent, leading to relatively strong home price appreciation for more affordable homes. Inventory constraints remained an issue, although Napa County still had a relatively more balanced housing market compared with other Bay Area communities.

Looking Forward: The spring homebuying season should remain comparable to last year, as more sellers list their homes and sunny days bring out more buyers. Although inventory will remain a challenge, more balanced expectations will help buyers who were previously discouraged by the competition. The current still-low interest rates and anticipation of additional increases in 2017 may trigger more Napa County buyers to enter the market sooner rather than later.

San Francisco‘s housing market continued the balancing act between buyers and sellers in the first quarter. While demand remained strong, a severe lack of homes priced below $2 million kept a lid on sales growth in that price segment. On the other hand, sales of homes priced above $2 million saw a more favorable quarter when compared with the same period last year.

Buyers remained even-keeled and less willing to enter bidding wars, although entry-level condos frequently sold for more than asking price. High-end buyers were interested but took longer to commit to a purchase. Consequently, home prices increased slightly at lower price points and remained flat at higher-priced segments. After some buildup in condominium inventory last year, the first quarter began with slightly fewer listings when compared with one year ago.

Looking Forward: Steady job and income growth should continue to fuel demand for San Francisco real estate. And with interest rates still historically low, future anticipation of increases may pull in some homebuyers who have been sitting on the fence.

The housing market got off to a slower-than-usual start in Silicon Valley in the first quarter, although sales picked up in March. Activity generally remained restrained at the most affordable segment of the market, while sales volume for homes priced above $1.5 million were off to a solid start this year. Multiple offers were still common, although entry-level buyers were less likely to engage in bidding wars than they were last year. More sales in higher-priced segments helped drive up the median sales price.

Inventory challenges continued to present the largest obstacle to Silicon Valley’s housing market. Home sellers perhaps were uncertain about the new administration’s policy moves and waited longer to put their homes on the market.

Looking Forward: March’s notable pickup in sales suggests another healthy spring season, traditionally one of the busiest times for real estate. Inventory shortages combined with a potential influx of homebuyers seeking to lock in still-favorable mortgage rates should continue to push prices higher and may motivate more sellers to list their homes.

First-quarter housing activity in Sonoma County was a tale of two markets. The activity among homes priced below $1 million was relatively slower when compared with the same period last year, while homes priced above $1 million saw more sales. Buyer demand was particularly strong for homes priced between $1 million and $3 million, and more properties to choose from boosted sales. In the lower-priced segment, buyers grappled with inventory constraints and may have been fatigued by the competition.

Sellers at the low end of the market remained reluctant to put their homes on the market, perhaps concerned with being unable to find a suitable move-up property. More transactions took place off the MLS, as savvy real estate professionals played matchmaker with sellers of other off-market listings. Strong activity in March suggested that buyers remained active, and well-priced properties went into contract quickly and frequently generated multiple offers.

Looking Forward: The continued inventory declines for more affordable homes may pose a challenge for the busy, upcoming spring real estate season, but buyers have certainly moved off the fences. Anticipation of further interest-rate increases will also attract some buyers to the market.

The first quarter in Sonoma Valley began with unseasonably low inventory levels. The number of buyers far exceeded the number of available homes, leading to a fiercely competitive market, with new listings — particularly those priced below $1 million — selling within a day or even before coming to market. Sellers waited to list their homes due to a particularly rainy January and February, but a drier March brought more homes to the market.

As Sonoma Valley is a popular second- and vacation-home destination, discretionary income had and will continue to play a part in the market’s overall health. Cash remained king — especially when a property attracted multiple offers. First-time buyers found competition with cash buyers especially frustrating, and they often submitted three or four offers before finding success.

Looking Forward: Inventory constraints may prove challenging for homebuyers in the second quarter, especially if anticipation over rising interest rates re-creates a sense of buyer urgency. But new-administration policy outcomes will be important, too, and could have a substantial impact on Sonoma Valley real estate.

The return of plentiful snow to the Sierra Nevada mountains brought visitors flocking to the LakeTahoe/Truckee region in the first quarter and helped drive home sales. That said, the housing market was relatively slower than during the same period last year. As the Lake Tahoe real estate market depends heavily on second-home buyers from the Bay Area, uncertainty over the new administration’s policies may have caused some potential buyers to pause.

Median prices continued to increase in the first quarter, and while homes generally sold for a few percentage points less than list prices, the discounts were smaller than last year, although bidding wars remained uncommon. Sellers needed to price their properties exactly right to ensure a speedy sale; those with unrealistically high expectations saw their homes languish on the market for months.