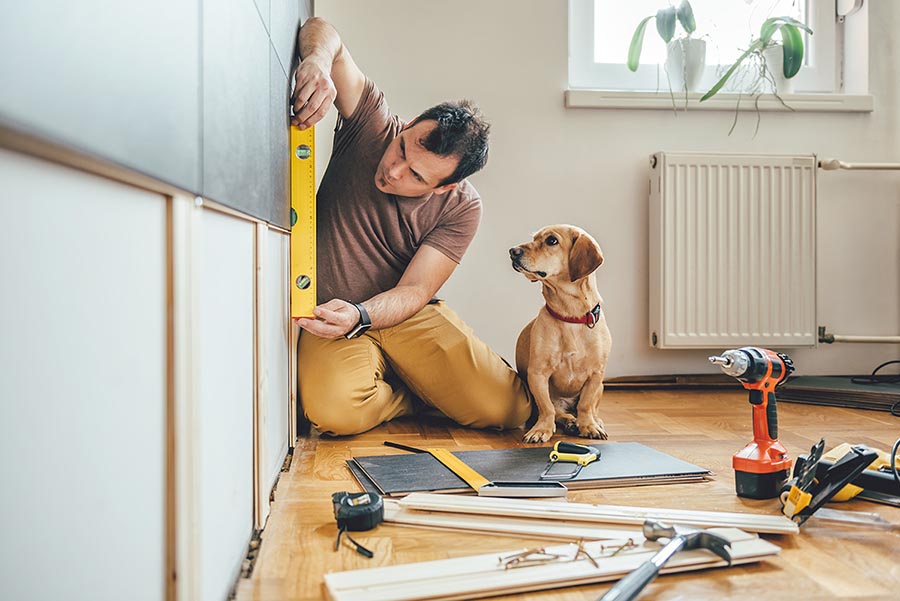 Nearly six in 10 U.S. homeowners are planning to spend money improving their properties this year, and an even larger amount will do at least some of the work themselves.

LightStream’s 2018 Home Improvement Survey found that 58 percent of homeowners will spend some amount of money to better their properties this year. Almost half are expecting to spend $5,000 or more on renovations, an all-time survey high, while the number of owners who will shell out $35,000 or more doubled from last year.

For the first time ever, LightStream asked respondents about “sweat equity,” meaning adding value to one’s home by making improvements via personal physical work. Nearly two-thirds of owners planning a renovation will do some of the work themselves, and 35 percent will complete the entire job without professional assistance.

LightStream says that outdoor renovation projects — such as decks, patios, and landscaping — are the most popular for the fifth straight year, cited by 43 percent of homeowners. A bathroom remodel was the second most common renovation (31 percent), followed by general repairs (28 percent) and kitchen overhauls (26 percent).

Here in the Bay Area, homeowners thinking of remodeling their kitchens or bathrooms should be prepared to dig deep. Two separate Houzz studies published within the past six months found that San Francisco homeowners can expect to incur the largest bills in the nation to complete bathroom and kitchen remodels.

Speaking of funding home-renovation projects, LightStream found that 62 percent of respondents plan to use their savings accounts to improve their homes. Thirty percent will use credit cards, 13 percent will tap into their home’s equity, and 10 percent will take out a loan.

One final finding from the survey: The desire to remodel a home is not necessarily driven by plans to put it on the market. Just 7 percent of those polled are renovating because of an upcoming sale, while twice that amount — across all age groups — are bettering their home so that they can age in place.