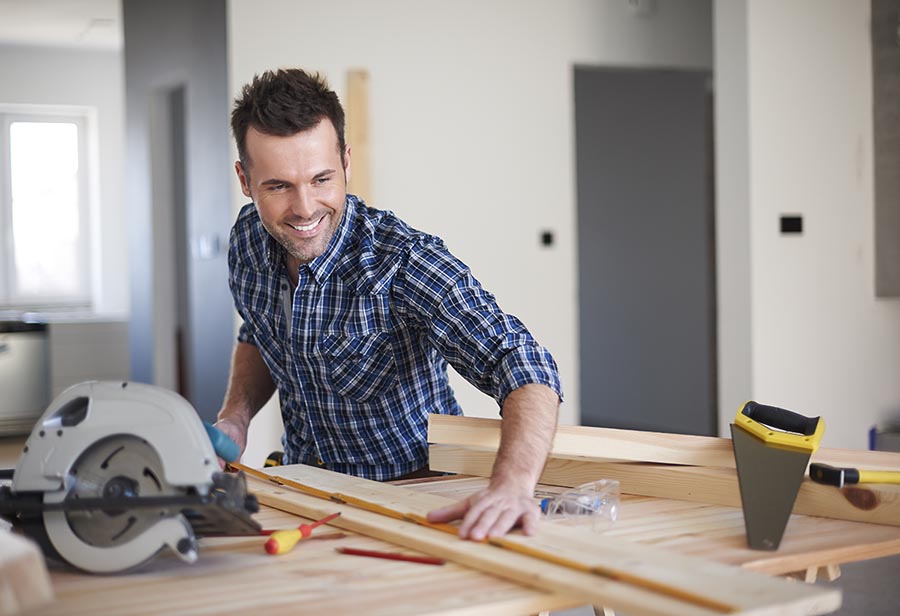 Two months ago, a survey found the homeowners who are willing to undertake home-renovation jobs themselves could save up to $20,000, and now another poll shows that a do-it-yourself attitude can also lead to more satisfaction with the project.

In its 2019 Remodeling Impact Report, the National Association of Realtors found that 47 percent of homeowners who completed a home-improvement job over the past few years handled the work themselves, compared with 53 percent who hired professionals. Homeowners were slightly more likely to dive into the two most popular projects themselves than they were to seek outside help: bathroom renovations (26 percent) and kitchen upgrades (19 percent).

Homeowners who added amenities specifically for their pets were even more keen to roll up their sleeves, with 56 percent going DIY. Contrary to the most-popular general home projects, though, owners upgrading for their furry companions turned to professionals more often than not for the top improvements: fencing a yard and laminating floors.

On a satisfaction scale of one to 10, DIY renovators for all home improvement projects reported what NAR calls a “JoyScore” of 9.9. And while the 53 percent of homeowners who hired remodeling professionals were still overwhelmingly pleased with the results, their JoyScores were slightly lower, at 9.6. That trend also carries over to pet-based improvement projects, with DIYers reporting JoyScores of 9.4 versus 9.3 of those who hired professionals.

Perhaps not surprisingly, those who completed home-based improvements themselves reported a higher sense of achievement at the end of the day, with 81 percent of DIYers saying that they felt a major sense of personal accomplishment, compared with 73 percent who outsourced the work. About two-thirds of homeowners who made pet-based improvements were completely satisfied with the end results, whether they knocked out the project themselves or hired professionals.

“One of the pleasures of homeownership is the ability to take on projects to customize a house that truly make it your own,” NAR President John Smaby said in a statement.