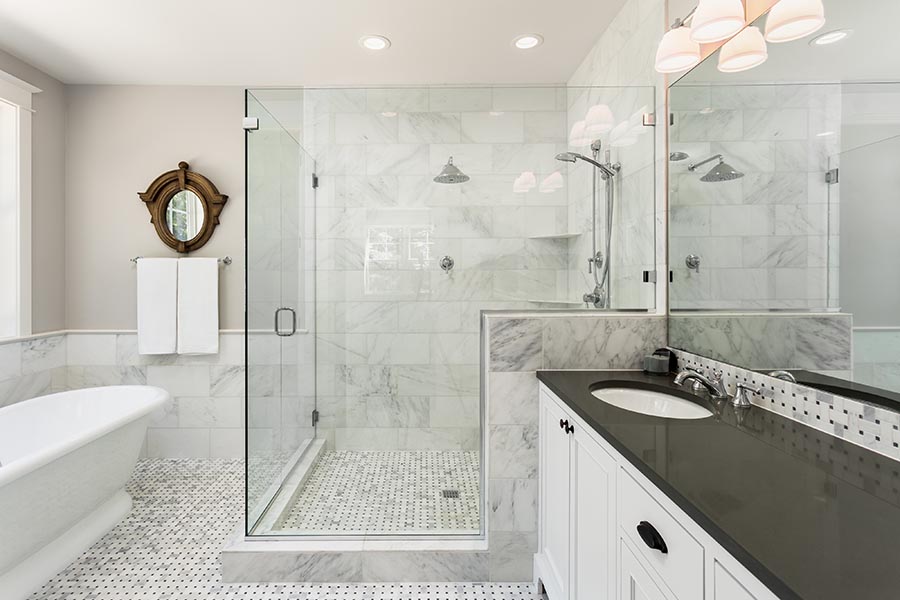 Homeowners in the San Francisco metro area who are planning to renovate their master bathroom should be prepared for a hefty bill, as that project costs more here than it does anywhere else in the country.

That’s one key finding from Houzz’s 2017 Bathroom Trends survey, which puts the average U.S. cost for remodeling a 100-square-foot-plus master bathroom at $21,000. In San Francisco, that same major bathroom renovation costs $34,100, the most of any of the 20 metro areas included in the report.

The same trend persisted for totally overhauling a smaller master bathroom. That job costs an average of $12,300 nationwide and $16,800 in San Francisco.

The good news is that San Franciscans who drop a pretty penny on renovating the master bathroom are likely to recoup most, if not all, of the money when the time comes to sell their homes. According to Remodeling’s 2017 Cost Vs. Value report, which doesn’t specify bathroom size, a midrange remodeling project recoups 110 percent of its cost, while a high-end job returns 94.9 percent of money spent. A separate report from the National Association of Realtors estimates that nationwide, a bathroom renovation offers only a 50 percent return on investment.

Houzz says that aging-in-place plans among older adults are driving bathroom remodeling spend. Homeowners over the age of 55 spend an average of $22,800 totally overhauling a larger master bathroom, almost twice as much as millennials. Older adults are also responsible for most bathroom renovation activity, with baby boomers comprising two-thirds of homeowners who undertake that project.

Regardless of age group, the shower is the bathroom element on which owners are most likely to splurge, cited by 42 percent of respondents to Houzz’s poll. Four in five homeowners who are remodeling their master bathrooms are upgrading the shower, and three-quarters of those are sparing no expense on luxury features such as rainfall showerheads. Twelve percent are equipping their showers with high-tech features such as mood lighting and digital controls.

For 90 percent of homeowners, updating the bathroom is all about changing up its style. Contemporary was the most common style post-renovation, cited by one in four respondents, followed by transitional (17 percent) and modern (15 percent).