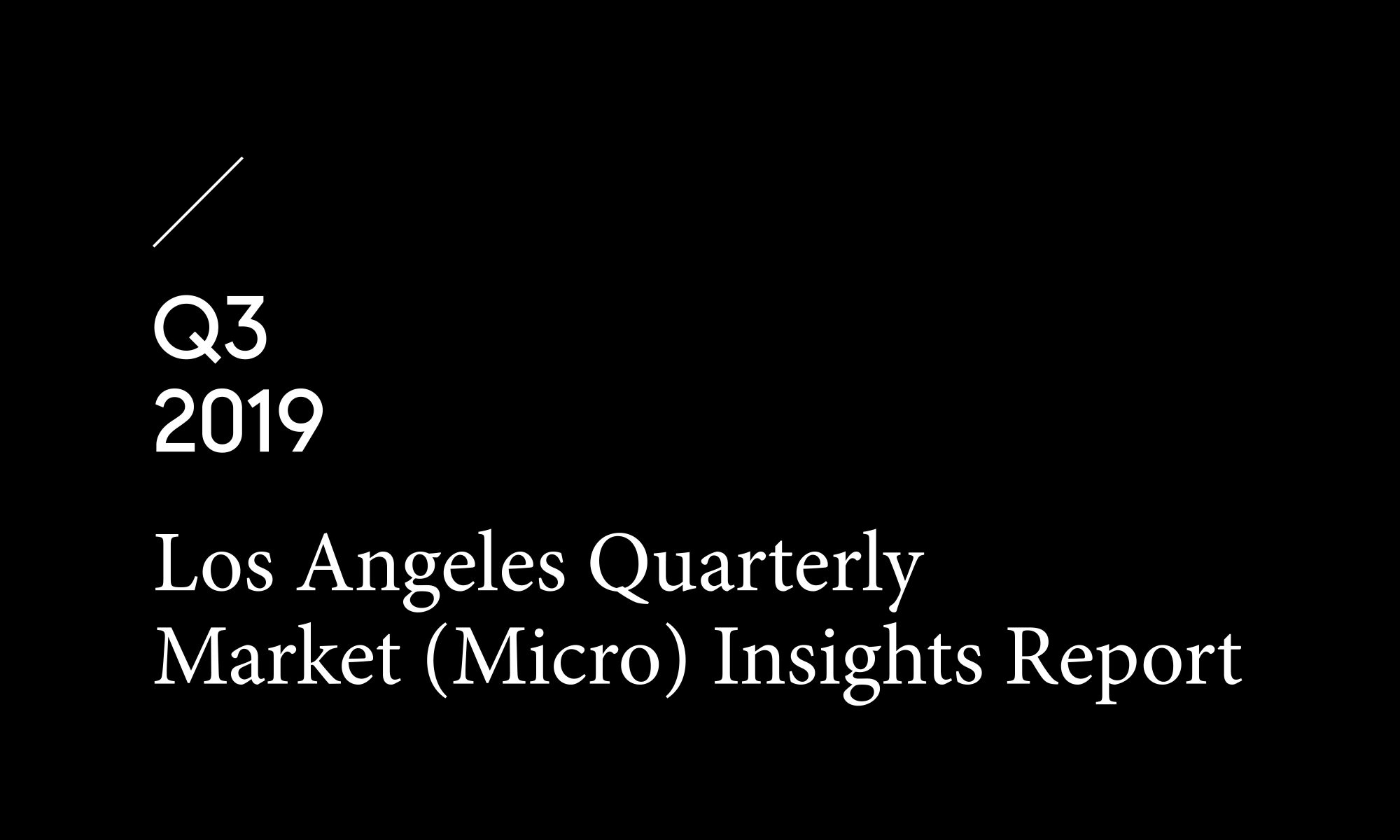 We are excited to announce the release of the Compass Q3 2019 Los Angeles Quarterly Market Insights Report (Micro). This report highlights the prevailing trends shaping the market for each neighborhood. The report is now live and ready to share with your clients and sphere. Click here to view the full write-up.

Buyers bounced back in the third quarter from being especially cautious in the first half of the year. The overall number of home sales was only 2 percent below last year, compared to about a 14 percent decline seen in the first quarter. The improvement in home sales activity was most driven by solid increases in West San Fernando Valley, though other areas saw more sales as well. Still, Eastside communities, which entered the year outperforming their Westside counterparts, saw relatively more slowing in the third quarter. Interestingly, changes to home sales activity varied a lot in this quarter and across regions. Sales of homes in higher priced communities also showed strength in this quarter, particularly areas around Bel Air and Brentwood, as well as Beach Communities to the south.

Home prices generally continued to remain flat compared to last year, however there was a wide variation in changes to homes prices across the region. Improvement in sales of higher-priced homes could have helped drive up average prices in some areas. Keep in mind, however, that home prices peaked during last year’s third quarter. Thus, even if prices in some areas are slightly below last year’s third quarter, they are still at cyclical peaks.

Buyers do seem to be motivated by the lower mortgage rates that characterized the latter quarter of this year, especially given the swift increases seen at the end of 2018 which stopped buyers in their tracks. With mortgage rates expected to remain low and possibly go lower, and more balanced dynamics between buyers and sellers, we are expecting the last quarter of 2019 to post stronger numbers compared to last year. More inventory to choose from has also been a welcome reversal from the severely undersupplied housing market that we saw last year.

Lastly, while economic expansion started to slow and fewer jobs will be added to the labor market, consumers should remember that current housing conditions remain particularly favorable. Buyers of homes in the recent decade have paid much larger down payments than during the last housing boom. Consumers are notably less leveraged as well, while financial institutions have put significant checks in place to keep them well-capitalized. At the same time, the levels of new construction seen in the last decade is still 50 percent and more below the levels seen during the last boom. Together, the current housing scenario is much better prepared to weather slowing economic growth than was the case the last time around.