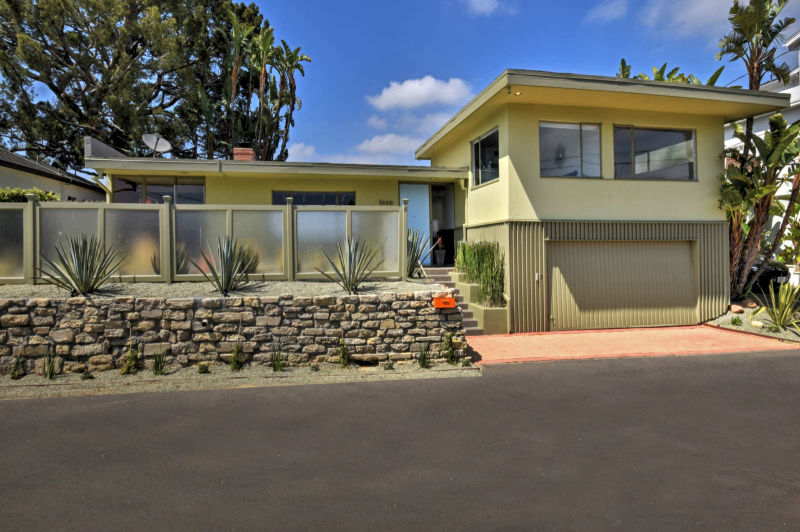 This is a rare opportunity to own an unspoiled Mid-Century treasure by influential Modernist architect Rodney Walker (Case Study Houses 16, 17, 18). The iconic figure began his career as a draftsman for Rudolph Schindler; many of his homes he later designed were photographed by Julius Schulman for major architectural publications.

Every element of the 1951 split-level home embodies Walker’s expressive open concept living spaces and focus on creating efficiency without aesthetic compromise. In the airy entertaining space, a wall of floor-to-ceiling windows rises to a raked, exposed-beam ceiling, framing a serenely panoramic view of the Valley and San Gabriel Mountains beyond. The wall includes a sliding door that opens to the patio, smoothly blending the indoor and outdoor worlds.

The kitchen is one of many reflections of the owner’s commitment to preserving the integrity of the design. While it has been updated with modern appliances, its original vision – with ample counter space, pantry, and built-ins – remains intact. The private master suite opens to another spectacular view patio with expansive, grassy yard beyond. The home includes two more bedrooms and a second full bath, a separate office/study and a spacious two-car garage. The location offers easy access to both Hollywood and the Westside. This is Mid-Century California at its most iconic and timelessly livable.