The number of home flips in 2014 fell by more than 20 percent from the previous year in California and seven of nine Bay Area counties, but for the most part, such transactions made up a greater percentage of last year’s sales locally than they did nationwide. 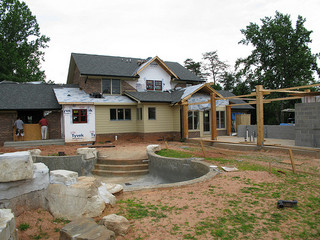 According to data obtained from research firm RealtyTrac, there were 24,284 home flips in California in 2014, a decline of 25 percent from 2013. Across the country, there were 136,269 flips, down 11 percent from the preceding year. In an early April report, the company defined a home flip as one that is purchased, renovated, and resold within six months.

Property flips in Solano County dipped by 2 percent on an annual basis while rising by 6 percent in Marin County. RealtyTrac says that the number of home flips in Marin has been increasing for the past few years, rising from 27 in 2000 to 114 in 2014.

In spite of the drop in activity, home flippers are still finding more opportunity for profit in the Golden State and the Bay Area than they are across the nation, thanks to the hefty price appreciation of the past few years. Flips accounted for 5.4 percent of all U.S. home sales in 2014, according to the company, while making up 8.3 percent of transactions in California.

With a couple of exceptions, individual Bay Area counties had a higher percentage of flips than the national average in 2014. Flips accounted for 7.5 percent of sales in Solano County, 7.2 percent in Contra Costa County, 6.8 percent in Napa and Alameda counties, 6.1 percent in Sonoma County, 6.0 percent in Santa Clara County, and 5.9 percent in San Francisco County.

The number of home flips was below the national average in Marin and San Mateo counties, with both at 4.7 percent last year.

But the window of opportunity for Bay Area flippers may be closing, according to a January article in the San Jose Mercury News. The publication says that both rising home prices and lack of inventory across the region should contribute to a further slowdown in flipping activity throughout the rest of the year.