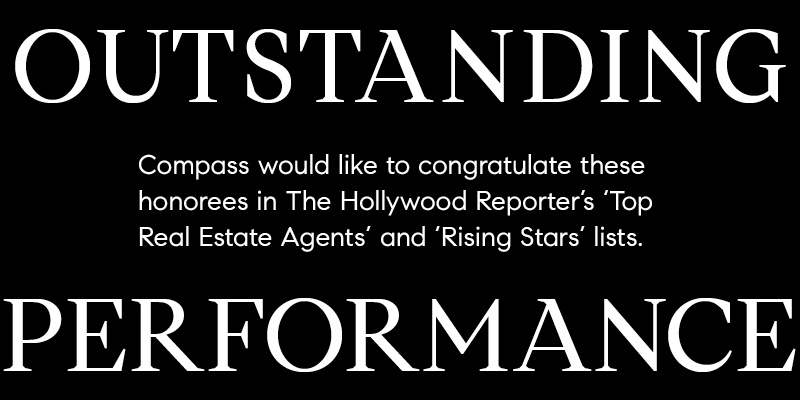 Compass is honored to congratulate our agents named by The Hollywood Reporter among Hollywood’s Top 30 Real Estate Agents. “For this list of the top 30 agents in L.A., THR looked at overall sales volume, MLS-listed sales to Hollywood clients and media visibility to make its selections,” according to The Hollywood Reporter.

Six Compass agents are included in the feature:

The Hollywood Reporter also named two of our agents as Rising Stars:

Congratulations to our talented agents on their achievements! Read the full feature here.