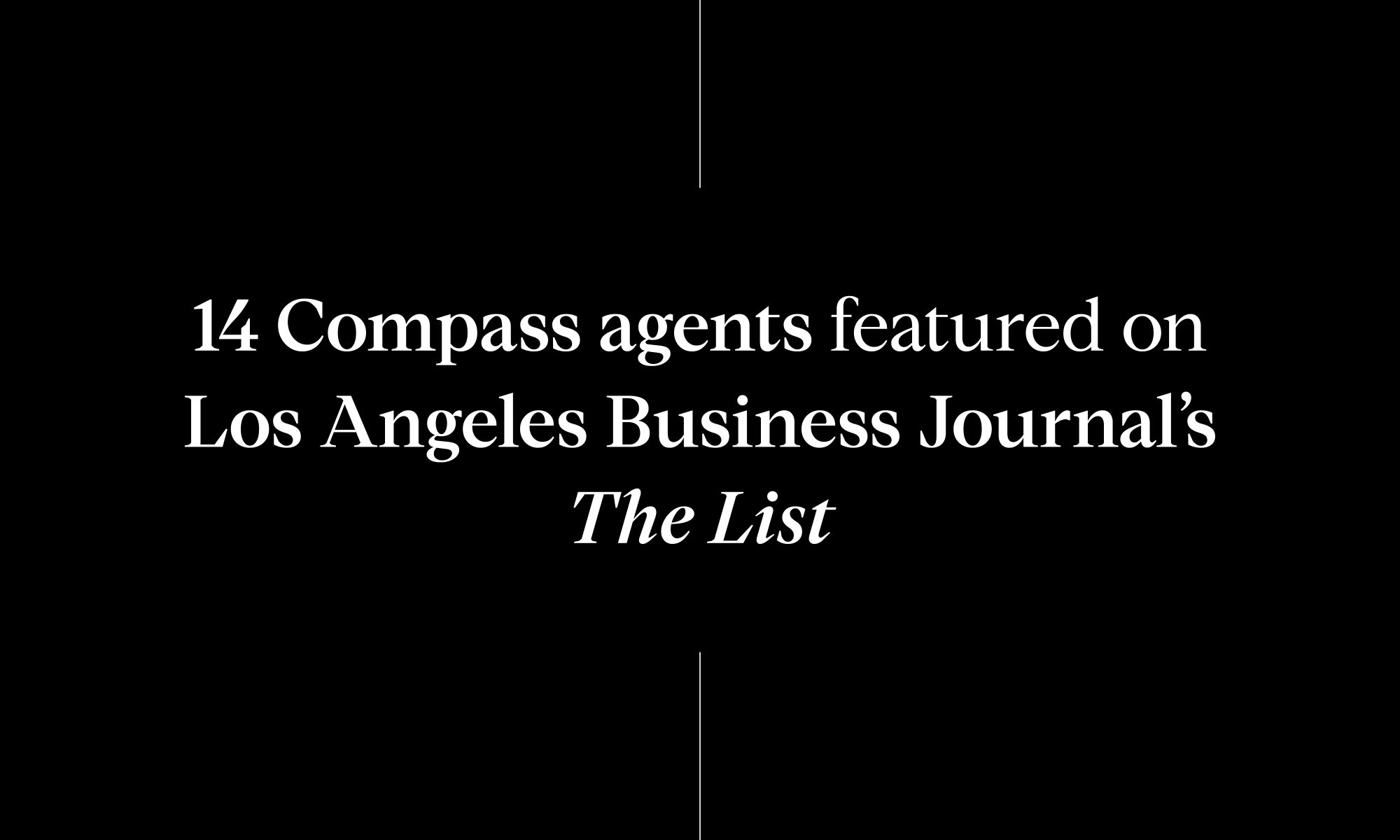 Each year, the Los Angeles Business Journal’s The List is a power ranking of LA area real estate superstars.

In the article on the report, LABJ noted that total agent sales on the 2018 list showed a slight downtick from the 2017 figure, calling the slump a microcosm of the overall 2018 Los Angeles residential real estate market.

Compass’s Aaron Kirman observed, “Taxes, interest rates, global economy, trade wars, political uncertainty, Chinese and European market devaluation have all led to a lot of uncertainty.” LABJ reported that brokers on the list agreed prices sellers wanted in late 2018 were not in line with market demand. But it said agents on the list also agreed there’s been an uptick in sales during the first two months of 2019.

We’re proud to congratulate the exceptional Compass professionals who made the 2018 list. Here’s to a powerhouse 2019!