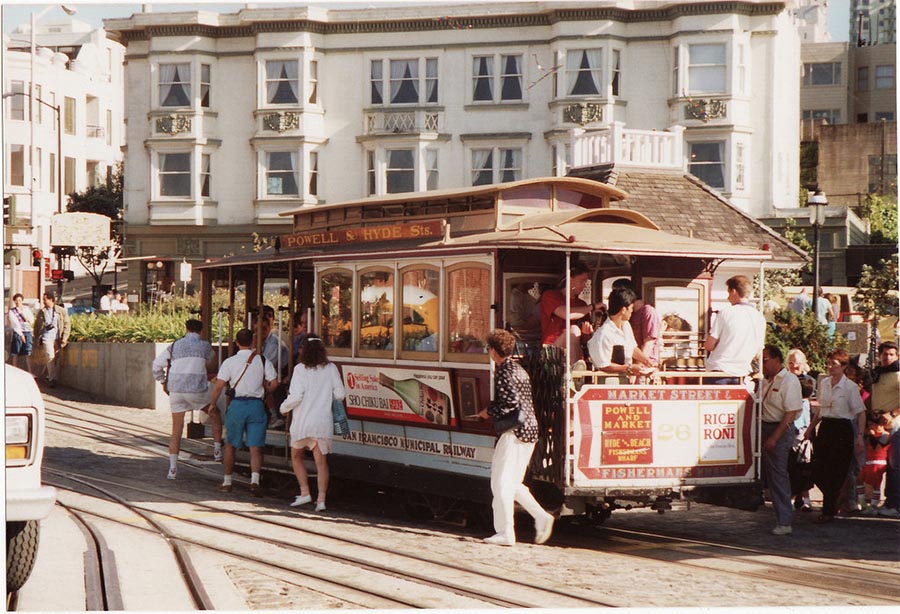 Way back in 1990, the Internet was in its infancy, Facebook’s Mark Zuckerberg was in grade school, and a single-family home in the Bay Area’s most affluent counties could be had for about $350,000 at the most — despite 30-year, fixed-rate mortgages that averaged 10.13 percent.

Today’s mortgage rates are low by historical standards, but Northern California has become one of the most expensive places in the U.S. to purchase a home, the result of intense demand amid inventory shortages and construction rates that have failed to keep up with population growth. We examined archived data from the California Association of Realtors to find out just how different U.S., state, and Bay Area home prices were when Joe Montana was the king of San Francisco and Mark McGwire and Jose Canseco reigned supreme in Oakland:

Contra Costa County: CAR lacks Contra Costa County home price numbers from a quarter-century ago, but in 2006 — the first year for which the organization has statistics, the median sales price was $634,240 compared with 2015’s median of $536,920. Home prices in the county plummeted by nearly 50 percent in 2008 before posting an annual increase of 37.4 percent in 2013.

Marin County: Single-family homebuyers in Marin County paid a median price of $1,120,520 in 2015, the third time since 1990 that annual prices have exceeded six figures. Back then, Marin County buyers could score a home for $356,800, 214 percent less than they can today. Prices in the county took a 19 percent hit in 2009 and gained about that same amount back four years later.

San Francisco County: These days, San Francisco grabs national headlines for its sky-high housing prices, but in 1990, a single-family home ran just $285,920. Last year, prices in the city hit a record $1,270,492, a 25-year gain of 344 percent. Prices in San Francisco didn’t take as big of a hit during the recent recession as they did in other parts of the Bay Area but put up double-digit-percent gains each year between 2012 and 2015.

Santa Clara County: If old-school prices in San Francisco seem unbeleivably inexpensive by today’s standards, consider Silicon Valley’s hub, where a home ran $245,670 in 1990. That’s 287 percent less than CAR’s most recent numbers, which peg the median at $950,410, a Santa Clara County record. After dropping by about 20 percent in 2007 and 2008, prices in the county bounced back by about the same amount in 2013.

Solano County: Just as it is today, Solano County was also the least expensive Bay Area county in which to buy a home all those years ago. The median price in 1995 — the first year for which CAR has data — was $142,650. That’s 148 percent less than in 2015, when homes sold for $353,480. Solano County prices peaked around $475,000 in 2006 before taking big hits during the recession. For the past three years, they have increased on an annual basis by double-digit-percentage points, most notably in 2013.