One in five U.S. properties sold in 2014 was a vacation home, the result of a thriving economy and strong consumer confidence. 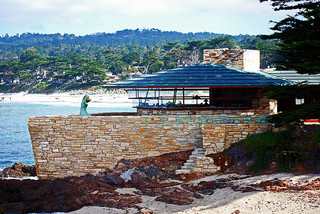 The National Association of Realtors’ 2015 Investment and Vacation Home Survey says that vacation home sales accounted for 21 percent of all U.S. transactions in 2014. Vacation home sales surged 57.4 percent from 2013 to reach 1.13 million units — the most since the organization began conducting the poll 12 years ago.

In a statement accompanying the survey, NAR Chief Economist Lawrence Yun attributed the sizable uptick to both economic and home price growth.

“Affluent households have greatly benefited from strong growth in the stock market in recent years, and the steady rise in home prices has likely given them reassurance that real estate remains an attractive long-term investment,” he said.

NAR’s survey found that vacation homebuyers were taking home bigger paychecks, with the median household income at $94,380 in 2014, a year-over-year gain of 10.2 percent. These buyers are also overwhelmingly optimistic about the country’s housing recovery, with 85 percent saying that now is a good time to purchase real estate.

While sales volume was up big, the median sales price for vacation homes declined to $150,000, down 11.1 percent from 2013. According to Yun, the drop in prices is the result of a trio of factors.

First, the number of vacation homebuyers who purchased a condo or a townhouse rose from a year ago, although most — 54 percent — bought single-family homes. Additionally, distressed properties accounted for a greater share of vacation home sales in 2014 than they did in the previous year. Finally, nearly half of all vacation homes sold last year were located in the South, where prices tend to be lower than in other parts of the country.

Regardless of property type or geography, vacation buyers prefer coastal areas, with 40 percent purchasing a home at the beach. The survey says that 19 percent of vacation homebuyers purchased properties in the country while 17 percent bought homes in mountain regions.