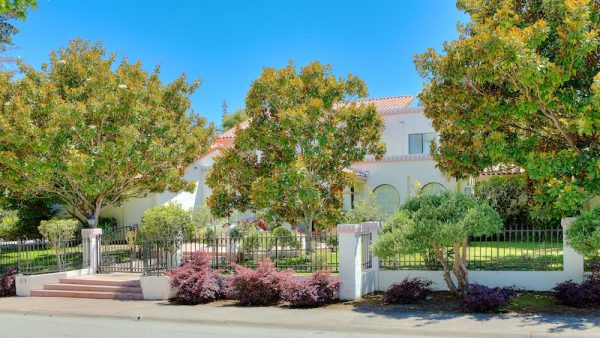 Situated in northern Hillsborough next to the Burlingame border, Ryan Tract is tucked between El Camino Real and Burlingame Country Club. The neighborhood is about two miles away from Highway 101 and Interstate 280, both of which provide direct access to the Bay Area’s major job centers in San Francisco and Silicon Valley.

Commuting via public transportation is equally convenient thanks to Ryan Tract’s proximity to the Burlingame Caltrain station, which whisks passengers to San Francisco in as little as 22 minutes during peak weekday hours. Downtown Burlingame is also home to a highly walkable business district, with dozens of restaurants, boutique shops, and chain retailers lining bustling Burlingame Avenue.

Like neighboring communities in San Mateo County, Hillsborough is popular choice for families thanks to its top-performing schools. Kindergartners to fifth-graders attend North Hillsborough School, which scored 979 of a possible 1,000 on the state’s 2013 Academic Performance Index. Crocker Middle School, also operated by the Hillsborough City School District, notched a 962.

Ryan Tract contains some of the oldest, grandest, and most historic homes in Hillsborough, including Newhall Manor on Floribunda Avenue. Built by wealthy San Franciscan George Newhall in 1897, the gated, seven-bedroom, 10,000-square-foot mansion sold for $5.2 million in 2012. Newhall also built another notable home in Ryan Tract, in 1913, an imposing Beaux Arts estate known as La Dolphine that was nominated for the National Register of Historic Places for its architectural significance.

Other homes in the neighborhood range from relatively modest 1950s-style ranch houses to larger Spanish-style villas situated on sizable lots. In spite of its close distance to Downtown Burlingame, Ryan Tract has a decidedly suburban vibe, with quiet, leafy streets that receive little traffic. Both the Hillsborough Town Hall and the community’s police department are located on Floribunda Avenue near the neighborhood’s eastern border.

Hillsborough is known as one of the most affluent communities in the United States, and its 94010 ZIP code ranked No. 18 on Forbes’ 2014 list of America’s 500 most expensive places to live. According to MLS data, the average median sales price for a single-family home in the town was $3.75 million between July 2014 and July 2015.

Because it is one of Hillsborough’s most desirable neighborhoods, home shoppers searching for a property in Ryan Tract should be prepared to dig even deeper than that; from July 2014 to July 2015, the average median sales price for the seven single-family homes that changed hands in the neighborhood was $4.91 million.