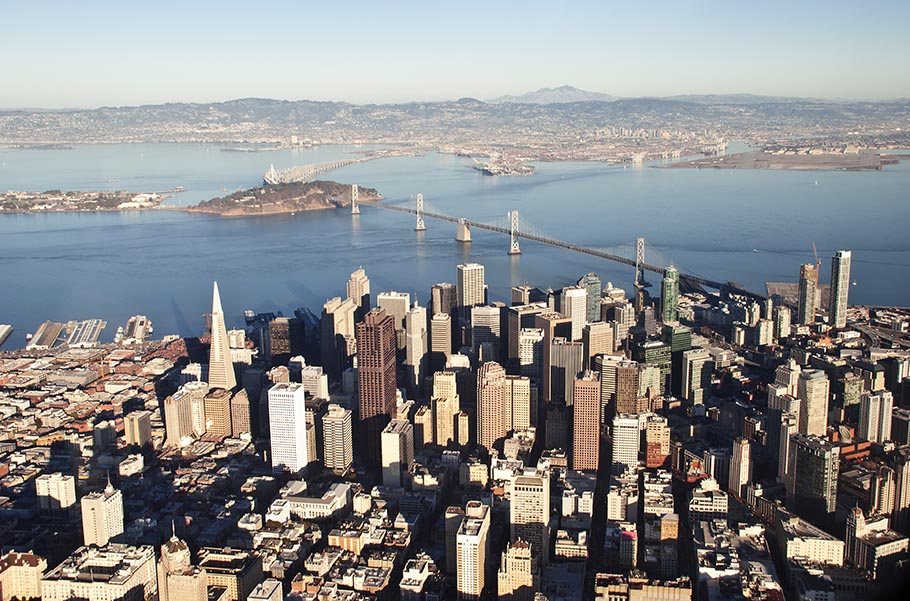 There’s no denying that the Bay Area is an expensive place to call home, but the region’s high salaries stretch further here than they do in any other major coastal U.S. job center.

In a recent analysis, Jed Kolko, chief economist for job-search website Indeed.com, calculated how far salaries go in more than 100 of the largest U.S. metropolitan areas. Kolko used average salary information from Indeed.com’s website, then adjusted it for each city’s cost-of-living data from the U.S. Bureau of Economic Analysis, which includes housing statistics.

To be sure, Bay Area cities do not rank among the 20 places where earnings go the furthest. Those cities are all mostly located in the South and the Midwest, though Bakersfield, Fresno, and Modesto count among the U.S. metro areas with the most bang for buck.

Cities in California’s Central Valley have much lower housing costs than in the San Francisco metro area, which had the second-highest median single-family home price in the country — $950,000 — in the second quarter, according to a report from the National Association of Realtors. San Francisco tenants also continue to face the highest rent prices in the nation, says apartment search portal Zumper, which puts one-bedroom prices in the city at $3,420 per month at the beginning of August.

But San Francisco isn’t one of the 20 cities where it is hardest to make ends meet on the average salary, either, thanks to the highest earnings in the country along with San Jose. The average worker in the San Francisco metro area earns an annual salary of $93,794, which translates to $76,943 after costs of living are calculated. That ranks the region No. 4 among the nation’s 15 largest metro areas for biggest bang for the buck, higher than any other coastal city.

Even with plentiful jobs to choose from and fat paychecks, many Bay Area workers appear to be considering migrating to less expensive metro areas. A recent Apartment List study found that 80 percent of renters in San Francisco, New York City, and Boston plan to move elsewhere. Los Angeles is the top California destination for those planning to leave San Francisco, while Salt Lake City is the top out-of-state relocation city.

Sixty-three percent of San Francisco renters surveyed by Apartment List cited the high cost of living as the primary reason they plan to relocate. And steep housing costs may be scaring off skilled workers in other parts of the country for seeking employment in the Bay Area. Apartment List says that San Francisco does not rank as the top out-of-state destination in any of the top 50 U.S. metro areas.