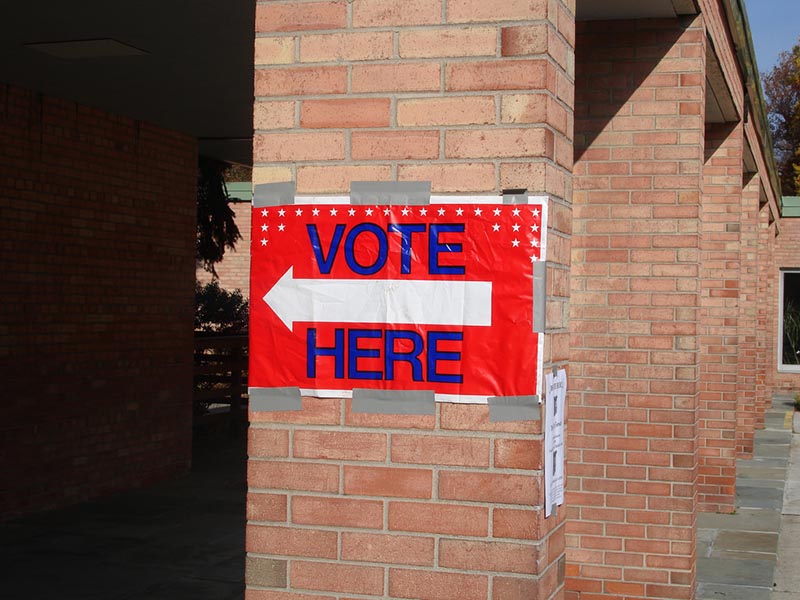 ELECTION YEARS HAVE MINIMAL IMPACT ON GOLDEN STATE HOUSING
Although the upcoming U.S. presidential election has caused some economic uncertainty in recent months, it shouldn’t have a huge effect on California’s surging housing market if past years are any indication.

The same basic trend holds up when it comes to statewide home price appreciation. During the past five presidential election years, price growth has slightly exceeded the long-term average of 5.6 percent.

MANY OF THE MOST DESIRABLE U.S. COMPANIES LOCATED IN BAY AREA
Most of the highest-paying companies in America call the Bay Area home, so it’s not too surprising to find that many local businesses are among the best at attracting and retaining workers.

Although Apple didn’t make Glassdoor’s 2016 list of the 25 highest-paying companies in the country, it topped LinkedIn’s rankings of Top Attractors — companies where many, many people aspire to work. Apple recently began issuing stock to the majority of its employees, including the 30 percent who work in its retail stores. Consequently, Apple Stores have an enviable 81 percent retention rate. And of course, there’s simply the cool factor of working at a company known for its consistently innovative products.

Twelve Bay Area companies made the 40 Top Attractors list, with Salesforce.com, Facebook, Google, and Uber cracking the top 10. Despite being a big-name Bay Area tech company in its own right, LinkedIn played it objective and didn’t include itself in the rankings.

FINALLY: BAY AREA WAGE GROWTH OUTPACING HOME PRICE GROWTH
Over the past months, there have been many headlines — including a few on this very blog — beamoaning the Bay Area’s lack of housing affordability. But now there’s a spot of good news, as wages in about half of our local counties are growing faster than home prices.

According to RealtyTrac’s Q2 2016 Home Affordability Index, 18 percent of U.S. housing markets are currently less affordable than their historic normal levels, including most Bay Area counties, of course. The exceptions were Napa, Sonoma, and Solano counties, which are still as or more affordable than in the long term. Marin and San Francisco, on the other hand, were among the nation’s five least-affordable counties.

“Affordability constraints are beginning to rein in home price appreciation even while wage growth is gaining speed in an increasing number of markets,” RealtyTrac Senior Vice President Daren Blomquist said in a statement accompanying the report.

COST OF LIVING, TRAFFIC AMONG FACTORS DRIVING CALIFORNIANS OUT
Gorgeous weather and plentiful employment may make California a highly desirable place to live, but an increasing number of state residents are finding the downsides of the Golden State are too much to handle, causing them to jump ship.

Citing data from the state Finance Department, the San Jose Mercury News reports that for the year ending June 30, 61,100 more people will move from California to another state than will migrate here. That’s the most since 2011, when 63,300 more people left the Golden State than arrived from elsewhere in the U.S.

The article points to several factors driving this trend, including the high cost of living, gridlock on the freeways, and big tax bills. Here in the Bay Area, a recent survey found that roughly one-third of residents want to leave the nine-county region soon, with cost of living, housing, and traffic the top three concerns.