NEARLY HALF OF SILICON VALLEY EMPLOYEES PULL DOWN $100,000 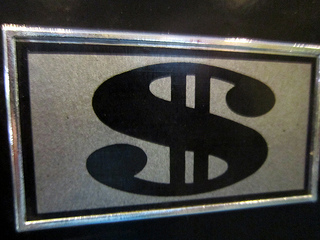 Median single-family home prices in Pacific Union’s Silicon Valley region are amongst the country’s highest and have been hovering in the $2.5 million range since the start of the year. And the fact that Silicon Valley employees were recently ranked as the best-paid in the U.S. should help drive continued home price appreciation.

A new Forbes study ranks the San Jose-Sunnyvale-Santa Clara metro area No. 1 in the U.S. for cities with the highest percentage of annual $100,000-plus incomes, at 45 percent. Another 12 percent of San Jose residents earn at least $75,000.

Workers in the San Francisco-Oakland-Fremont metro area took home the fourth-highest salaries in the country, with 38 percent making at least $100,000 and 11 percent more exceeding $75,000.

Annual price growth in both areas was more than double the U.S. rate of 4.4 percent. NAR’s report said that while price gains across the country are moderating, they remain particularly high on the West Coast due to an inventory shortage.

According to a Wall Street Journal article, the buyer — an unidentified Silicon Valley entrepreneur — suggested using the virtual currency to seal the $1.6 million deal. BitPay, the firm that processed the payment, said that the sale was the largest property transaction it had handled but it may indeed by the biggest ever.

“As far as I know, this would definitely be a record breaker” Alan Silbert, CEO of BitPremier told The Wall Street Journal.

SELLERS ASK FOR 30 PERCENT MORE FOR HOMES IN TOP PUBLIC-SCHOOL DISTRICTS
Private schools can be pricey, but so can homes in top-rated school districts, a recent study by Trulia found.

Kolko points out that although buyers who don’t pay private-school tuition can afford a much pricier house, in the long run, education isn’t cheap.

“The hard truth is that both can cost an arm and a leg,” he wrote.