MORTGAGE SPIKES COULD PROMPT LARGER DOWN PAYMENTS
As we noted last week, the prospect of rising interest rates may cause potential buyers to get off the bench and step to the plate sooner rather than later. This expected uptick in mortgage rates may also cause homebuyers to dig deeper into their pockets for a down payment, according to a recent LendingTree survey. 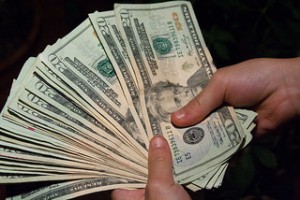 LendingTree found that 56 percent of buyers looking to enter the market in the next year planned to make down payments of more than 15 percent, while 44 percent fell on the other side of the spectrum.

Larger-than-average down payments are not new to Californians, though. In a May survey, LendingTree found that the state’s buyers were already putting an average of 19.1 percent down when buying with a 30-year, fixed-rate mortgage. That’s the second-highest figure in the U.S. and three percentage points greater than the national average.

Inman’s article notes that the lack of housing supply precipitates multiple offers on a property, which in turn sends prices up as much as 40 percent in some cases. And even younger first-time buyers who can swing the hefty price tags still have to contend with bidders who can use all cash.

Thirty percent of California real estate transactions are now all-cash offers, which Inman says is the highest level ever recorded. Here in the Bay Area, we’ve seen an even bigger increase in all-cash offers than the statewide average, especially in place like Sonoma County, where all-cash deals accounted for 38 percent of all transactions in the first quarter.

U.S. SHADOW INVENTORY DROPPING
So-called “shadow inventory” — including delinquencies, foreclosures, and lender-owned homes — has dropped 34 percent from its 2010 peak, according to a recent CoreLogic report.

CoreLogic found that homes in some state of foreclosure were down 29 percent in the past year, while completed foreclosures fell 27 percent in that same time period. Foreclosure rates are now the lowest they’ve been in nearly five years.

“The stock of seriously delinquent homes, which is the main driver of shadow inventory, is at the lowest level since December 2008,” CoreLogic Chief Economist Mark Fleming said.

Over the past year, California saw the second-largest number of foreclosures in the nation with 76,000 of the transactions. However, the state still trailed Florida — which experienced 103,000 foreclosures — by more than 25 percent.

SAN FRANCISCO RENTAL INCREASE AVERAGE NEARLY DOUBLE NATIONAL RATE
Anyone who has recently rented an apartment in San Francisco won’t be shocked to learn that prices in the city are currently second-highest in the U.S., trailing only New York. The even more lamentable news for San Francisco tenants? Those numbers are still going up.

A REIS Inc. study found that rents nationwide rose by an average of 0.6 percent from the first to second quarters of 2013, up to just more than $1,100 per month. In that same time period, monthly San Francisco rents spiked 1.1 percent — nearly twice the national average and barely short of $2,000.

Though San Franciscans pay nearly twice the national average in rent, they can take some consolation from New Yorkers: In the second quarter, rents in New York’s four largest boroughs averaged $3,000 for the first time since REIS began collecting data in 1980.