Home prices in the Bay Area may be flying high, but here’s a data point where, surprisingly, local owners are solidly in the middle of the pack: property taxes. 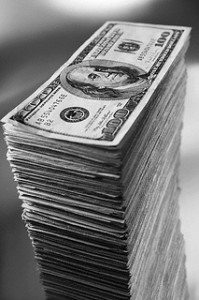 Research by the real estate website Zillow found the highest property-tax rate in the nation in upstate New York: 3.76 percent in Allegany County. In second place was Milwaukee County, Wis., with a 3.68 percent take rate.

The lowest tax rate was in Caroline County, Va., at 0.17 percent, with a half-dozen more hovering near 0.2 percent.

To be sure, Bay Area homeowners pay hefty property taxes, but that’s mostly because of the high prices those homes command.

Property taxes are the second biggest cost of home ownership, after mortgage payments. And in this instance, it’s just fine that Bay Area homes and homeowners don’t place at the top of the list.

Curious about the average property taxes paid in your county compared with others in the Bay Area? The following numbers are from 2012, followed by each county’s property tax rate, according to Zillow: