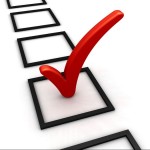 Homebuyers are increasingly optimistic about the housing market, according to a recent survey by the California Association of Realtors.

None of the buyers questioned in the survey believe home prices will fall in the future.

Buyers face significant challenges in obtaining financing, however. Faced with tighter lending standards today, buyers rated their difficulty in getting a home loan at 8.5 on a scale of 10, with 10 being extremely difficult. That’s up from 8.0 in 2011.

The decrease in home prices over the past five years was the No. 1 reason for purchasing a home, cited by 45 percent of survey respondents. Other reasons included the desire for a better location (12 percent) and favorable prices/financing (11 percent).

Other findings from the survey: