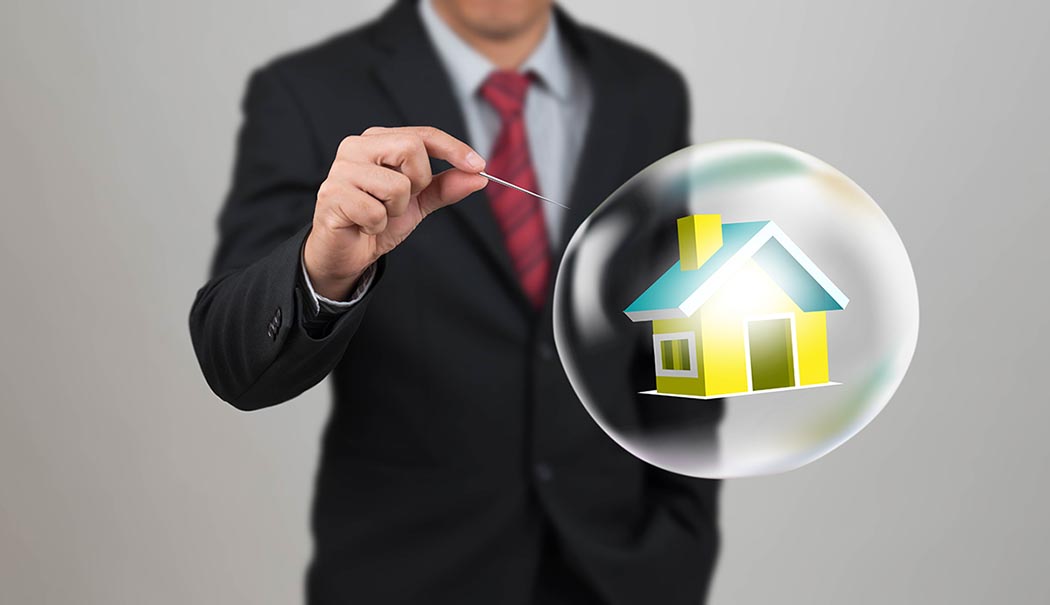 The U.S. housing market does not appear to be headed for another crash, though a lack of affordability remains problematic, both nationwide and in California.

In a new report from the National Association of Realtors, Chief Economist Lawrence Yun forecasts that home prices will grow by 5 percent in 2018 and 3.5 percent in 2019. Existing home sales are expected to inch down to 5.46 million units in 2018, a year-over-year decline of 1.0 percent.

Falling sales are the result of rising prices and inventory shortages and are not indicative of reduced homebuyer demand, and that’s one reason Yun does not foresee a downturn on the horizon. Weak buyer demand is more typical when slowdowns occur, so Yun notes that the nation’s current housing supply-and-demand imbalance is actually a much better problem to have.

Weak lending standards were another factor that helped cause the housing market crash a decade ago, and that landscape looks vastly different today.

“Over the past 10 years, prudent policy reforms and consumer protections have strengthened lending standards and eliminated loose credit, as evidenced by the higher than normal credit scores of those who are able to obtain a mortgage and near record-low defaults and foreclosures, which contributed to the last recession,” Yun said.

NAR’s report echoes research published by Arch MI earlier this year, in which company analysts downplayed the risk of housing bubble forming and said that U.S. home prices do not appear to be overvalued. All 12 California housing markets that Arch MI tracks are considered at minimal risk for price deceleration by the end of 2019.

What remains a bigger challenge for U.S. and California housing markets is limited affordability. Speaking to Business Insider, Morgan Stanley Co-Head of U.S. Housing Strategy went so far as to call affordability — or lack thereof — the “boogeyman in the housing market.”

Limited housing affordability is certain a hurdle to homeownership for many potential buyers in California and the Bay Area. According to the California Association of Realtors’ latest Housing Affordability Index, just 26 percent of households in the state could afford to purchase the median-priced single-family home in the second quarter, while less than one in five Bay Area households could afford to buy a home.