A new tool to judge the overall health of state and local housing markets has good news for Bay Area homebuyers and sellers: 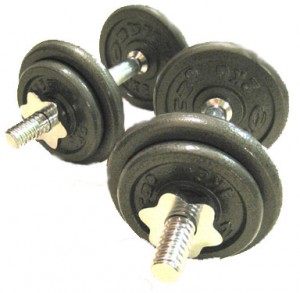 While a shortage of inventory has restrained sales in the region in recent months, conditions overall are improving and moving steadily toward stability.

Freddie Mac’s tool uses a mix of data sources to establish a measure of  housing stability. A zero reading indicates a perfectly stable market, and scores from minus-2 to plus-2 fall within the overall stable range. Negative numbers indicate a weak market; positive numbers point to overheated activity.

By that measure, San Francisco scored a minus-2.74 — a weak market, but not far from the most-stable metro area, San Antonio, at minus-1.28, and far better than the least-stable, Las Vegas, at minus-6.64. San Jose scored a minus-2.6.

California ranked 27th among the 50 states with a score of minus-2.81. The nation as a whole scored minus-3.08, indicating weak conditions overall.

Freddie Mac Chief Economist Frank Nothaft said the MiMi tool was developed to better answer the question “Are we there yet?”, with “there” meaning anywhere close to a normal housing market after several years of upheaval.

“Given the pickup in sales, new construction, and home values over the past couple of years, it’s fair to ask if we’re there yet,” Nothaft said in a statement. “Is the U.S. housing market back to a normal range of activity with a good balance between demand and supply forces?”

Housing is clearly stronger today than at any point since the Great Recession began, he said, with U.S. home sales up 13 percent from the 2009 trough and housing starts up 55 percent. Meanwhile, serious delinquencies are down 32 percent, and the unemployment rate has declined by nearly 3 percentage points.

So back to the question: Is housing normal again? Nothaft said the answer “depends on where you live.”

According to the new MiMi results, only four metro areas and 11 states are within the stable range. Of the remaining regions, 35 metro areas and 24 states — including San Francisco, San Jose, and California as a whole — are trending in the right direction.