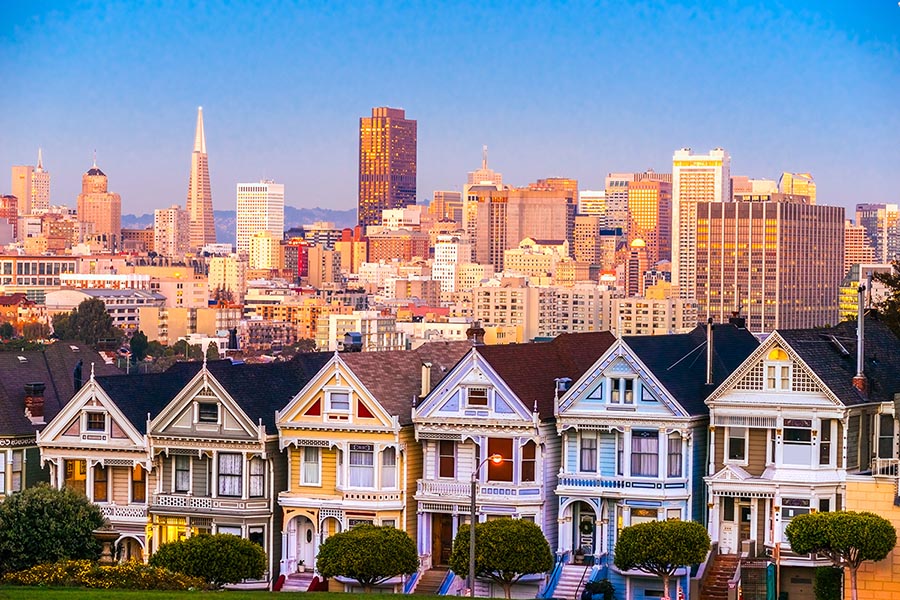 While the pace of sales generally picked up from the January highs in most Bay Area regions in which Pacific Union DBA Compass operates, most regions saw relatively lower prices compared to last February when the robust spring price growth began. Click on each of our regions below for an expanded look at local real estate activity in February.

While median home prices in the East Bay in February remained relatively steady with the previous month at $1,150,000, it is still 10.3 percent above last year’s February price. After a steady increase over the last year, days on market leveled at around 22 days in the last two months. See East Bay market statistics for February.

While increasing from the month before, San Francisco February’s median prices of single family homes stood at $1,505,000, down 11.5 percent compared to the year prior. Pace of sales picked up again after slower winter months and averaged 28 days, only 3 days slower than last February. See San Francisco single-family-home market statistics for February.

After falling below $3 million, Silicon Valley‘s median sales price picked up in February and closed the month at $3,075,000, a decline of 10.9 percent from last February. Inventory options continued to increase, with an annual increase of 30.8 percent in homes for sale. See Silicon Valley market statistics for February.

The median sales price in the Mid-Peninsula continued to trend lower in February, and at $1,450,000 recorded 15.9 percent annual decline. Homes are selling at a slower pace with an average of 33 days on market, close to two weeks slower than last year. See other Mid-Peninsula market statistics for February.

At $620,000, median home prices in Sonoma County trended lower in February with a 10 percent annual decline. Pace of sales increased slightly from January highs, despite a 15-day increase from last February to an average of 62 days on market. See Sonoma County market statistics for February.

Defining Sonoma County: Sales data in the adjoining chart includes all single-family homes and farms and ranches in Sonoma County.

The median sales price in the Lake Tahoe/Truckee region rose slightly in February, up 0.5 percent year over year to end the month at $697,500. Price per square foot increased 16.3 percent to $529 per square foot. Days on market continued to extend and average 94 days in February, up from 80 days last year. See Lake Tahoe/Truckee single-family-home market statistics for February.

Condominium prices in the Lake Tahoe/Truckee region picked up slightly faster than single-family homes, and with an annual increase of 4.7 percent ended February at $445,000. Nevertheless, price per square foot slowed 15.5 percent from the year prior, down to $409 per square foot. Pace of condominium sales also increased compared to last year averaging 118 days on market, from an average of 154 days last February. See Lake Tahoe/Truckee condominium market statistics for February.