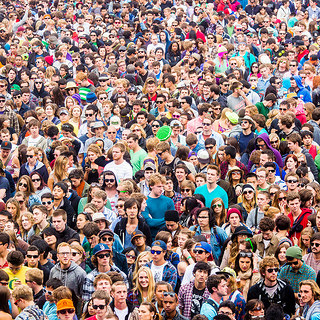 The Bay Area’s tech-industry-driven economy continues to add extremely desirable and high-paying jobs, attracting talented workers from around the nation and globe. But even though our region’s phenomenal economic growth likely will begin to slow over the next couple of years, intense demand for housing is almost certainly here to stay thanks to a pronounced lack of available homes.

“We’re getting closer to full employment,” says Stephen Levy, director and senior economist of Palo Alto-based Center for Continuing Study of the California Economy. “And what that means is that as we near full employment, that’s going to bring in people, which will add to the housing demand.”

May statistics from the California Employment Development Department show that each one of our Bay Area counties boasts an unemployment rate lower than the statewide average of 7.6 percent. Job growth remains particularly strong in Marin, Napa, San Francisco, and San Mateo counties, all of which have unemployment rates of less than 5 percent.

Levy believes that the Bay Area’s unemployment rate will never return to dot-com-era lows, when it hovered in the 2 to 3 percent range in San Francisco and Silicon Valley. However, he forecasts that even though job growth will level off over the next two years, the Bay Area will continue to outperform the rest of the country.

Since the U.S. began to emerge from the Great Recession in 2010, the Bay Area’s population rate has jumped sizably, according to California Department of Finance data. Over the past four years, the number of residents in San Francisco and San Mateo counties has grown by nearly 4 percent while increasing by almost 5 percent in Santa Clara County.

“Peninsula prices and rents will continue to outpace the state and national average unless we see a dramatic increase in supply, and even then it would be snapped up pretty quickly,” Levy says.

Economic Climate Much More Stable Than in Dot-Com Days

As was the case in the dot-com boom and subsequent bust, the tech industry remains the primary driver of Bay Area employment growth. However, Levy believes that our current economy is far less frenetic than it was 15 years ago.

“I think it’s quite different,” he says. “These are real companies, and they have customers, profits, and burgeoning sales. The dot-com era was more about business plans.”

Still, technology companies aren’t the only businesses fueling Bay Area job growth. Other industries, including hospitality, health care, and construction, are seeing employment upticks, Levy says. However, he cautions that tremendous growth in the Internet sector could eventually slow expansion in other industries, including brick-and-mortar retail and financial services.

While the Bay Area’s economic outlook appears solid for the foreseeable future, the housing shortage may eventually impede growth, as workers could become wary of relocating to an area where finding a home is so difficult. Therefore, new construction remains a crucial factor in keeping our region’s economy moving upward and onward.

“I think [our economy] will always grow, but absolutely, housing poses a constraint to our growth over the long term,” Levy says. “The lack of housing could take some of the bloom off of the rose and limit some of the growth that might otherwise be there.”