Americans today are staying in their current homes longer than at any time in at least the past 50 years, and it’s not just a result of the 2007-2012 housing downturn. 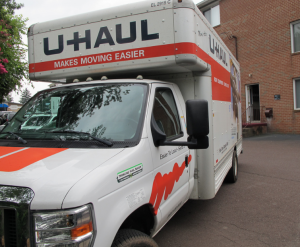 Data from the United States Census Bureau reveals that Americans in 2013 stayed in their current homes an average of 8.6 years before moving to a new house. Compare that with the years 2000 to 2005, when people moved once every seven years, on average, and the 1950s and ’60s, when families moved to a new home every five years.

Clearly, the trend of longer stays in one home has continued, slowly, for decades.

Researchers at Trulia took a close look at the census data to better understand why and where people moved. They found that long-distance moves have been increasing in recent years, but short-distance moves — those within the same county — are at an all-time low.

Long-distance moves, such as from one state to another, are mostly a result of job changes, and their rising numbers can be linked to the improving economic climate of recent years.

Short-distance moves are typically related to housing: wanting to buy a new or better home or to find cheaper properties.

After the housing bubble of 2000-2005, “there was a big drop in moving for a new or better home, as well as a big drop in moving in order to become homeowners instead of renters,” Trulia noted on its Trends blog. “Also, during the recession, fewer people moved for new jobs or job transfers since there weren’t as many new jobs to move to.

Note: Census data related to Americans’ moving habits is not currently available, owing to the shutdown of the Census Bureau’s website during the budget stalemate in Washington, D.C.